The past decade has seen a fundamental rethinking of the concept of context. Rather than functioning solely as a constraint on linguistic performance, context is now analyzed as a product of language use. Language and context are seen as interactively defined phenomena. The essays in this collection, written by many of the leading figures in the social sciences, critically reexamine the concept of context from a variety of different angles and propose new ways of thinking about it with reference to specific human activities such as face-to-face interaction, radio talk, medical diagnosis, political encounters and socialization practices. The editors have provided introductions to each essay as well as a general overview of the issues under debate. 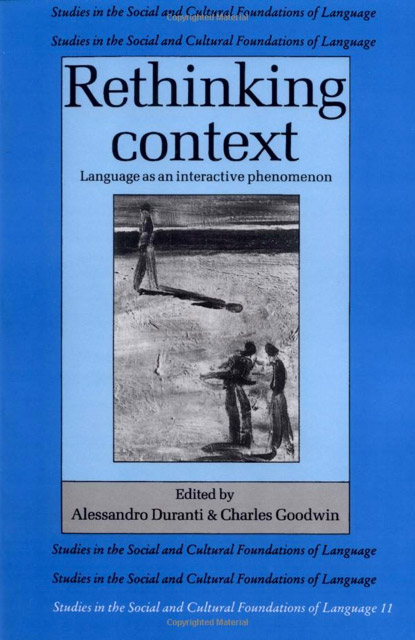