The Gamble: Choice and Chance in the 2012 Presidential Election

“Game changer.” We heard it so many times during the 2012 U.S. presidential election. But what actually made a difference in the contest–and what was just hype? In this groundbreaking book, John Sides and Lynn Vavreck tell the dramatic story of the election–with a big difference. Using an unusual “moneyball” approach, they look beyond the anecdote, folklore, and conventional wisdom that often pass for election analysis. Instead, they draw on extensive quantitative data about the economy, public opinion, news coverage, and political advertising to separate what was truly important from what was irrelevant. Combining this data with the best social science research and colorful on-the-ground reporting, they provide the most accurate and precise account of the election yet written–and the only book of its kind.

Which mattered more–Barack Obama’s midsummer ad blitz or the election year’s economic growth? How many voters actually changed their minds–and was it ever enough to sway the outcome? The Gamble answers important questions like these by looking at the interplay between the candidates’ strategic choices–the ads, speeches, rallies, and debates–and the chance circumstances of the election, especially the economy. In the Republican primary, the book shows, the electioneering and the media’s restless attention did matter, producing a string of frontrunners. But when Obama and Mitt Romney finally squared off in the general election, there were few real game-changers. The candidates’ billion-dollar campaigns were important but largely cancelled each other out, opening the way for Obama to do what incumbents usually do when running amid even modest economic growth: win.

An election book unlike any other, The Gamble is a must-read for political junkies, analysts, journalists, consultants, and academics. 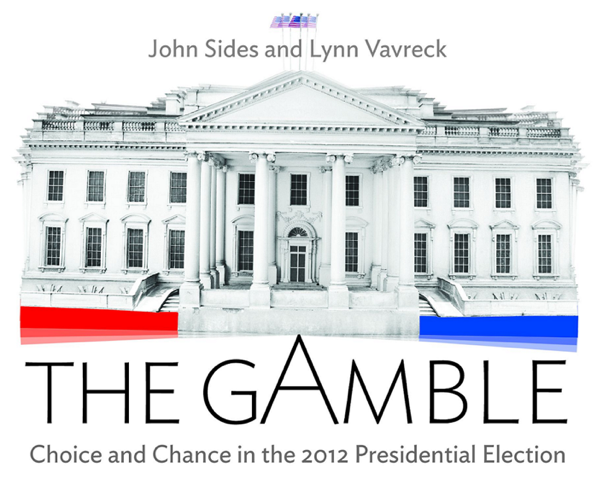