The News Interview: Journalists and Public Figures on the Air (Studies in Interactional Sociolinguistics)

The news interview has become a major vehicle for presenting broadcast news and political commentary. This book examines the place of the news interview in Anglo-American broadcasting as well as its historical development in the United States and Britain. It discusses the fundamental norms and conventions that shape conduct in the modern interview, including the linguistic and interactional practices of journalists. Through analyses of well-known interviews, the book explores the relationship between journalists and public figures, and reveals the tensions lying beneath the surface of the nightly news. 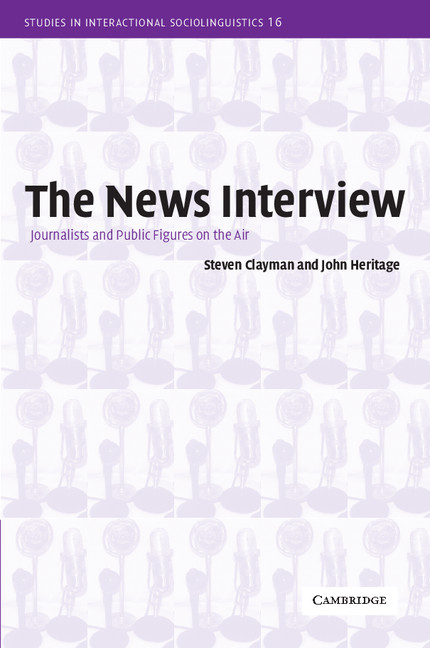