War Stories: The Causes and Consequences of Public Views of War

How does the American public formulate its opinions about U.S. foreign policy and military engagement abroad? War Stories argues that the media systematically distort the information the public vitally needs to determine whether to support such initiatives, for reasons having more to do with journalists’ professional interests than the merits of the policies, and that this has significant consequences for national security. Matthew Baum and Tim Groeling develop a “strategic bias” theory that explains the foreign-policy communication process as a three-way interaction among the press, political elites, and the public, each of which has distinct interests, biases, and incentives.

Do media representations affect public support for the president and faithfully reflect events in times of diplomatic crisis and war? How do new media–especially Internet news and more partisan outlets–shape public opinion, and how will they alter future conflicts? In answering such questions, Baum and Groeling take an in-depth look at media coverage, elite rhetoric, and public opinion during the Iraq war and other U.S. conflicts abroad. They trace how traditional and new media select stories, how elites frame and sometimes even distort events, and how these dynamics shape public opinion over the course of a conflict.

Most of us learn virtually everything we know about foreign policy from media reporting of elite opinions. In War Stories, Baum and Groeling reveal precisely what this means for the future of American foreign policy. 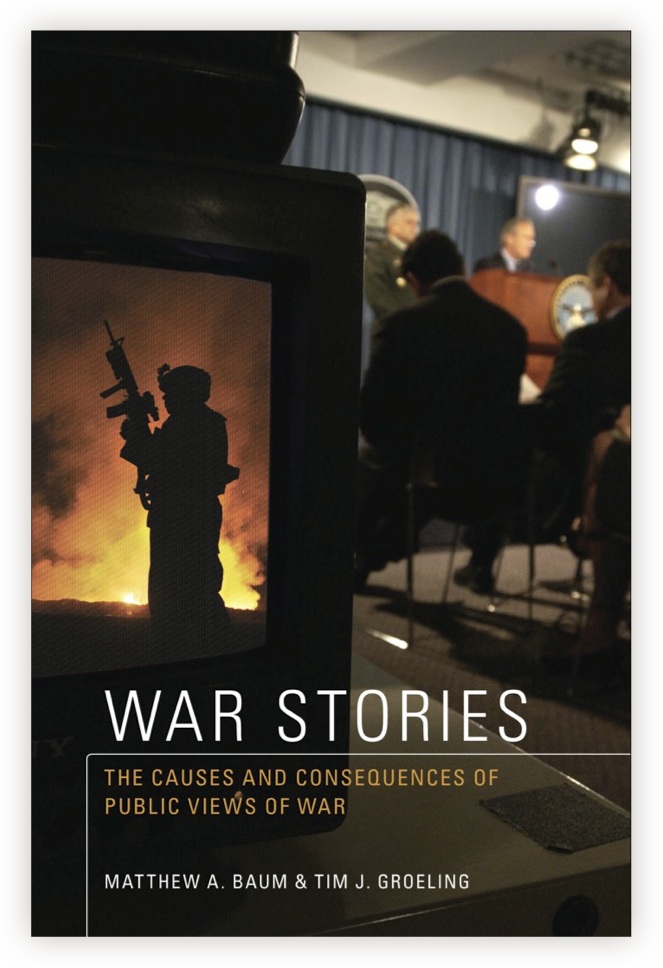