As a global leader in the creation and exportation of entertainment and culture, Los Angeles is the ideal place to study film and television industry pressures on the creative and social vision of producers.  Students will investigate humanistic and social-psychological foundations of media entertainment and the impact of screen media messages on consumers, and explore the economic forces impacting the Los Angeles’ creative economy.  Globally diverse summer session groups will collaborate in developing creative narratives for television or film, adapt their visions to meet consumer and network needs, pitch their ideas to the class, and analyze their own creative projects from economic, critical, and social-psychological perspectives. 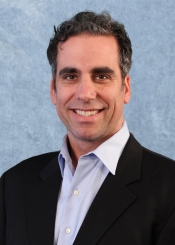 Steve Peterson’s research foundations have revolved around how people learn and communicate through television, film, and new/social media. He has researched and produced large-scale online products, taught in Korea and Japan, and has leveraged his decades of living and working in Los Angeles to gain an in-depth understanding of the US entertainment industry.