Since the Lumière brothers first screened their short films to an astonished Parisian audience in 1895, movies have continued to leave an indelible imprint on media studies and communication rhetoric. They influence the way we walk, talk, dress and dine. Simultaneously, the medium has profoundly affected our perception of beauty, romance, intimacy and love. Yet much like fashion, such perceptions have been routinely altered owing to evolutions and revolutions in social, political and institutional conditions.

This course examines the contextual forms and factors that have directly led to film shaping the way we communicate about sex and sexuality. Starting at the dawn of the twentieth century, we will engage in a decade-by-decade analysis of cultural norms, the movies that were made in accordance with them and the ones that were produced in opposition to them. This examination will further explore how the cinema has informed our attitudes towards gender identity, cultural taboos and social movements. By evaluating the manner in which erotic imagery is presented and how sexual symbolism is represented, students will gain an understanding of how past, present and future views on sex and sexuality are impacted by the cinema. 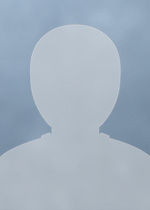