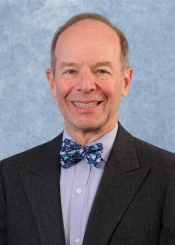 I am an international lawyer and am active in civic and cultural affairs, with an interest and expertise in how people communicate in order to achieve personal and community goals.

“A Transformed Legal Profession Faces the Future: Barry A. Sanders on ‘The Lawyer Bubble’”, Los Angeles Review of Books, May 17, 2013, (http://lareviewofbooks.org/article.php?id=1671)

“Distribution Issues: Pitfalls in Agency Relationships in the Pacific,” in Buying, Selling, and Manufacturing in the Pacific, American Bar Association Section of International Law and Practice, October 27, 1988

“Trade Agreements: Selected Issues for Negotiating Terms, including Issues of Payment, Countertrade, and the Use and Application of the International Sales of Goods Convention,” in Negotiating and Drafting International Commercial Contracts, American Bar Association Section of International Law and Practice, March 17, 1988

“Investments by Foreigners in U.S. Real Property,” in Current Problems in International Trade and Investment, California Continuing Education of the Bar, January/February 1985

“Interpretation and Liabilities,” in Proceedings of the Conferences on the Foreign Corrupt Practices Act of 1977, Institute of Internal Auditors, Inc., October 1978