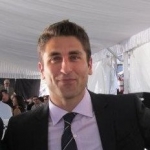 With an initial interest in Film & TV, I considered the 2-year undergraduate film program at UCLA. However, I was also interested in a broader degree and considered marketing and advertising as possible career fields, whose core principles rest in social sciences. After taking Comm 10 and looking at the fascinating curriculum, I jumped in head-first!

As much as I loathed it as a student, the fundamentals of research methodology that were so strongly emphasized have paid off tremendously. A core understanding of sampling methods and metrics is an invaluable asset in any profession, particularly marketing. On a weekly basis, I find myself interpreting and discussing aggregated audience testing data of our content.

Get to know your classmates. Get to know your professors, they have a lot to offer. Get an internship and make sure it's challenging -most aren't. As an intern, ask questions, engage with everyone, get involved. It's common that nobody will just hand you work -demonstrate a genuine interest and motivation. The relationships you forge as an open-minded intern can strongly benefit you in your early professional years.