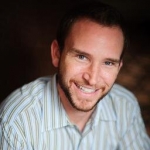 I've had one job ever since leaving UCLA's School of Public Policy in 2002: CEO of PICnet (www.picnet.net). It's be a fantastic ride!

I wanted to be prepared to work in a 21st century world, where digital connections and communications would shape the future. Luckily enough, I was right.

Aside from actually getting into the Communications Studies department? Hmm. I can't remember the professor, but my Comm 1 class (I think that's what the intro was) was so good, I still quote the basics of mass communications from the class at least a few times a year. Oh, and having a chance to take an incredibly diverse series of classes was awesome too.

It 100% shaped my future career. I left UCLA as an undergrad, worked for a few months at the end of the Clinton White House, went to policy school at UCLA, and then took everything I learned to create a business from nothing, focused 100% on building better connections between non-profits and potential donors. My studies were absolutely fundamental to everything I've been able to accomplish in our company's 13 year history (actually, it was started in 1999...while I was finishing up in the Comm department!).

If you can get in, do the honors program. It's the best independent study you'll ever have a chance to do.

I'm transplanted in DC, but miss the Pacific Ocean like you can't imagine.

I've had a chance to be on the board of directors and president of Joomla, an open source software project that powers more than 3% of the Web. Leadership skills from UCLA helped me get there! Oh, and I started my company, which has survived two recessions...that's been nice.