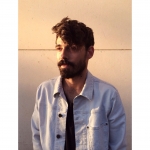 Professor's Daycare at UCLA (for their children, not for the professors) Fall 2007
Selling knives door to door 2004-2009
Music Maker/Recorder/Touring Musician 2009-present

Taylor Rice was born and raised in Mission Viejo, CA. He learned to play the guitar at the tender age of 13. Taylor and his friends Kelcey Ayer and Ryan Hahn started their band in high school and have been together for eight years since, joined by drummer Matt Frazier five years ago. Recently renamed Local Natives, the band has performed in venues in Los Angeles such as the Silverlake Lounge and the Walt Disney Concert Hall. They have toured extensively internationally as well, traveling to Europe, Japan, and Australia. Local Natives’s debut album Gorilla Manor hit at No. 3 on the Billboard New Artist Chart in 2010.

In addition to attending classes, Taylor spent much of his four years at UCLA playing music with his band. He also enjoyed playing racquetball, sleeping on the roof of Ackerman Union in sleeping bags with friends, and he might have taken a self-guided evening tour of UCLA’s underground tunnels.

Taylor graduated from UCLA in 2008 with a degree in Communication Studies. He and the three other band members currently live together in Silver Lake, CA.

For me, college was for learning how to think, not for learning specific skills that lead clearly to specific jobs. As a communications major, I studied architecture, anthropology, philosophy, law, art, religion, social theory, and yes, lots of media. Every corner of research you tap on uncovers a little piece of how the world works. I left communications an expert on none, but with a broader understanding of my universe and all the little universes that it runs into.

I was torn between Communications Studies and Cognitive Science as a freshman. After taking some very interesting General Education courses that delved into themes and issues in the field of communications, I decided to major in Communication Studies. I wanted to have the opportunity to learn about as many different topics as possible in college, and the diversity of courses in the major was very appealing to me. Communications had the most classes listed that piqued my interest. I like that UCLA is on the quarter system because the class turnover rate is so high; within a year I was able to study twelve completely different topics.

Sleeping on the roof of Kerckhoff Hall.

Marde Gregory’s speech class was incredible. I think that some students might not understand her somewhat unorthodox class, but if you let the experience seep in, there is some unique thinking to be done there. I also took a few extremely interesting classes with Francis Steen that explored the more theoretical, academic facet of communication studies. Mark Huppin was easily one of my favorite professors. I took the fascinating Freedom of Speech and the Evolution of Mass Media Images courses with him.

Finally, I must add Barry Sanders’ architecture course as one of my most inspiring experiences at UCLA. At the end of the course, Professor Sanders took us on a tour of the Walt Disney Concert Hall. As I listened to the grand organist rehearse in the most amazing auditorium I’ve ever heard, I realized that playing in the Concert Hall once in my life would be my ultimate dream as a musician. It is so incredible to me that I was able to fulfill that dream three and a half years later. Performing there was euphoric, surpassing even my wildest expectations. I felt overwhelmed with gratitude and love for music and for Los Angeles.

I think that a key strength of the major is that it is very broad. In four years, I was able to take diverse courses that included negotiation, law, music, architecture, philosophy, speech, theoretical studies, government, media, and psychology. Gaining exposure to chunks of knowledge from such a wide spectrum helped to open my mind in general to new experiences and ideas. Growing up in a sheltered community, I was craving unique experiences in college, and I believe that Communication Studies has made me a better, more empathetic person.

As far as impacting my career development, I think that Communications Studies helps cultivate something I will call “good thinking,” or social and cultural problem solving. I suppose that sounds rather vague and academic, but I guess that’s another result of graduating from college.

My favorite LA memories are to have played at the Walt Disney Concert Hall with an orchestra (2011) and at the Greek Theater last year.