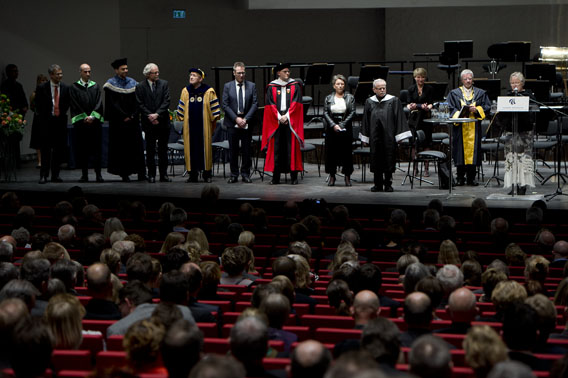 Professor Charles Goodwin was awarded an Honorary Doctorate from the University of Aalborg University Denmark on April 11th for a research career that “has paved the way for a detailed understanding of human interaction as a complex, materially embedded, embodied phenomenon in which language and other semiotic fields are used to accomplish action with research that is thoroughly interdisciplinary.”Prior to receiving the doctorate he spent a week in Helsinki Finland as part of the international advisory board for the Finnish Research Council’s Center of Excellence on Intersubjectivity at the University of Helsinki and then served as the Opponent in a doctoral defense at the Department of Culture and Communication at Link?ping University Sweden. While in Europe during March and April he gave a series of invited lectures in Finland, Sweden, Germany and Denmark.