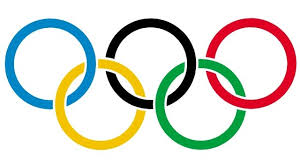 Professor Barry Sanders in the news!

Bring the Olympics to Los Angeles!  Overbuilding giant venues has become a disheartening trend for major sporting events. Just look at the glut of stadiums built specifically for World Cup games in Brazil and Qatar, sometimes at great human cost. In the years after the games, the stadiums are often abandoned or fall into disrepair. In LA, the big events, including the opening and closing ceremonies, would happen at the LA Coliseum in Exposition Park, which was built in 1932 for the first Olympics and reused for the 1984 games as well. Los Angeles’ proposal claims that the only purpose-built development will be some athlete housing which will be reused as affordable housing and office space. This is LA’s big advantage, Barry Sanders, chair of the Southern California Committee for the Olympic Games, told me. “The key element for any proposal for LA is our flexibility. We have no need to build any new permanent venues—we might choose to, but we have no need to. We not only have enough venues, we have more than enough venues.”  Click here to read the full article.