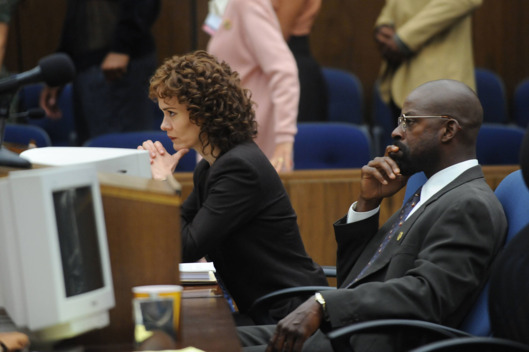 Professor Jim Newton in the News – Fact-checking Episode One of The People v. O.J. Simpson

Tuesday night’s FX premiere of polarizing production duo Ryan Murphy and Brad Falchuk’s The People v. O.J. Simpson: American Crime Storyhad the feel of event TV. That’s only fitting, given the singular divisiveness of its source material: the 1995 criminal trial assessing football star turned Hollywood icon O.J. Simpson’s guilt or innocence in the murders of his ex-wife Nicole Brown Simpson and her friend Ronald Goldman. Critics have already spoken out in near-universal praise of the limited series, which itself was adapted by writers Scott Alexander and Larry Karaszewski from Jeffrey Toobin’s 1997 book The Run of His Life: The People v. O.J. Simpson. Toobin’s account was based on his own New Yorker reportage of the notorious court proceedings, though even he acknowledges that American Crime Story takes its share of creative liberties.To that end, we’ll be walking through all ten episodes with author, magazine editor, and UCLA communication-studies professor Jim Newton — who was the Los Angeles Times’ lead reporter for the duration of Simpson’s arrest and trial — in an effort to identify what the show handles with care versus when it deviates from documented fact and common perception. (It leans toward both treatments in one scene.)Click here to read the full article.