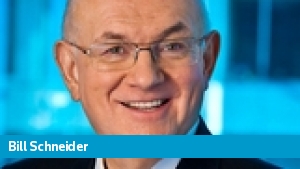 Bill Schneider – Visiting Professor, UCLA; contributor, Al Jazeera.  For someone who’s likely to win the Democratic nomination and get elected President this year, Hillary Clinton’s got problems. But they may turn out to be short-term problems. For one thing, she has become the candidate of the status quo. A lot of voters, including a lot of Democratic voters, are not satisfied with the status quo. In this month’s McClatchy-Marist poll, two thirds of Americans — and half of Democrats — say things in the country are going in the wrong direction.Clinton may have competed with Barack Obama for the Democratic nomination eight years ago, but having served in his Administration for four years, she has become thoroughly identified with President Obama’s record.Click here to read the full article