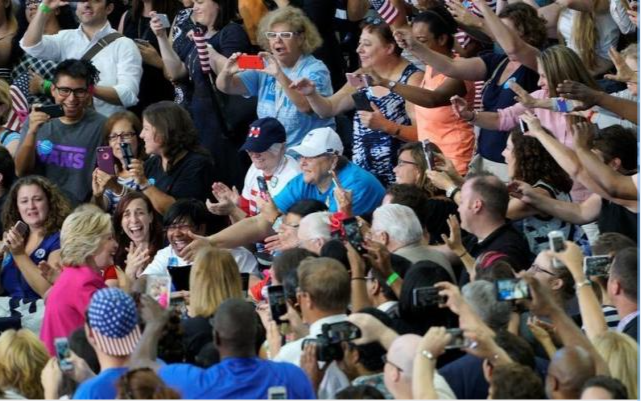 REUTERS – by Bill Schneider.  After 50 years, liberals are no longer on the defensive. The party’s journey has been from Clinton to Clinton. Former President Bill Clinton led the Democratic Party to the center in 1992, and kept it competitive through the 1990s, when the Reagan consensus still prevailed. Then, in 2008, Barack Obama led a new, more liberal coalition of Democrats to power in the wake of the financial crash and the war in Iraq. Obama won the Oval Office twice with a majority of the popular vote, the first Democrat to do that since President Franklin D. Roosevelt.Now, in an impressive show of confidence, Democrats have written the most liberal platform in the party’s history. It condemns capital punishment, calls for measures to curb the “greed, recklessness and illegal behavior” of Wall Street, pledges to expand Social Security, advocates more than doubling the minimum wage, endorses a path to citizenship for illegal immigrants and demands stronger gun laws.In her acceptance speech, Democratic nominee Hillary Clinton promised to make college tuition-free for the middle class, reform the criminal-justice system, pass the biggest investment in new jobs since World War Two and make “Wall Street, corporations and the super-rich” pay their fair share of taxes. Not a word about the federal deficit or the national debt.Click here to read the full article.