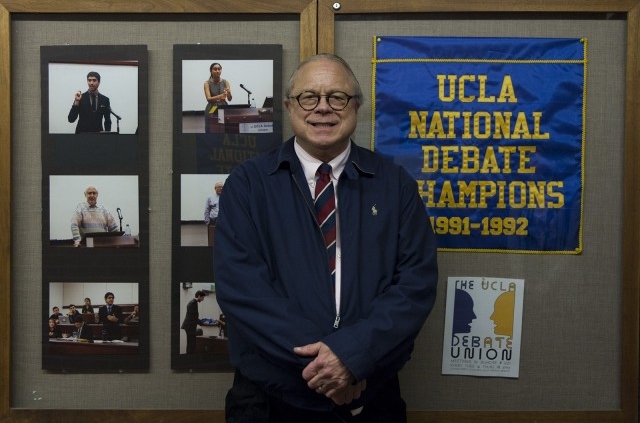 Daily Bruin – Roy Scheider was an actor, not a debate coach. So when the actor was cast to play a debate coach in “Listen to Me,” he sought help from UCLA senior lecturer and debate team coach Thomas Miller.In order to prepare for his role in the 1989 film, Scheider attended several of Miller’s lectures. UCLA’s debate team let Scheider travel with the team members to observe Miller’s coaching style in the months before filming, Miller said. Scheider shadowed Miller and the team at competitions, since story elements were based on Miller’s experiences as a coach throughout the years, Miller said.Click here to read the full article.