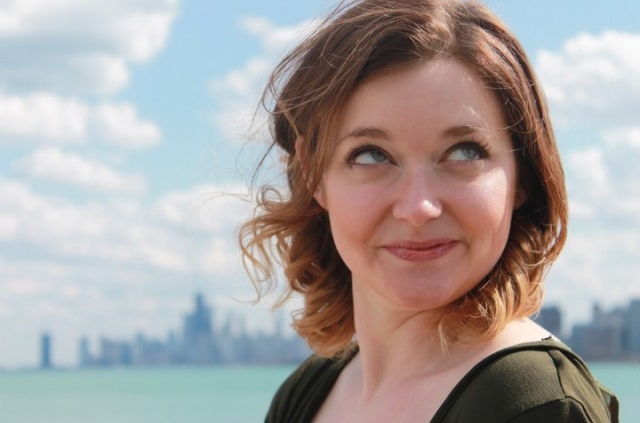 Professor Yoomi Chin in the news!

Eileen Matthews has created advertisements using national brands including Kleenex and McDonalds. However, her ads aren’t meant to sell tissues or burgers – instead, they’re a form of art and activism.Matthews, a Los Angeles-based freelance advertising copy writer, created the Instagram project “100 Days of Feminist Ads” on April 4, a form of creative endeavor in which a person commits to doing something for 100 days and shares their work on social media.Matthews’ project releases daily art pieces styled as ads for well-known brands with a feminist twist. The ads tackle issues such as the pay gap and consent by reimagining different companies’ slogans and logos to share messages of equality. The project serves as a form of art activism that can impact millennial communities such as UCLA.An ad for General Electric features a little girl in a superhero costume under the company’s logo and the words “There is no power stronger than girl power.”Matthews had previously completed a different 100-day project, titled “100 Things That Should Die,” and felt its 100-day format served as a good way to share her work because of its commitment requirement and Instagram’s supportive community for artists completing their projects at the same time. The idea to use ads as feminist commentary came to Mathews a few months ago, in light of the current political climate. She said she sees the lack of feminist messaging in advertising as a missed opportunity for brands to use their power to improve society.“When advertising is done in a smart way it doesn’t feel like an ad, it feels like a part of culture or it has a message that you can really identify with,” Matthews said.The process of creating a completed piece differs for each ad. For some, Matthews starts with a tagline and tweaks the wording to change the message – for example, her Kay Jewelers ad changed the brand’s slogan “Every kiss begins with Kay” into “Every kiss begins with consent.” Days of Feminist Ads” reimagines different companies’ slogans and logos to share messages of equality, serving as a form of art activism. The project has made ads using brands like Kit Kat, McDonald’s, Kleenex and Kay Jewelers. (Courtesy of Eileen Matthews)Other ads are inspired by images or concepts. Matthews’ desire to create an ad about the glass ceiling inspired her Windex ad, a brand she chose because the product’s connection to glass allowed her to incorporate the idea, Matthews said.Although the project is centered on feminism, some of Matthews’ ads also touch on issues of race – her Crayola ad states “Embrace every color.” Matthews felt it was important to reach a broader audience by emphasizing the intersectional nature of feminism, she said.“Feminism is such a controversial word and it doesn’t need to be because what feminism encapsulates is equality,” Matthews said.Matthews’ project represents the gradual broadening of feminist activism as it has recently expanded into pop culture, particularly because it provides opportunities for everyone to learn about the impact of women’s issues on everyday life, said UCLA communication studies lecturer Yoomi Chin.Click here to read the full article.