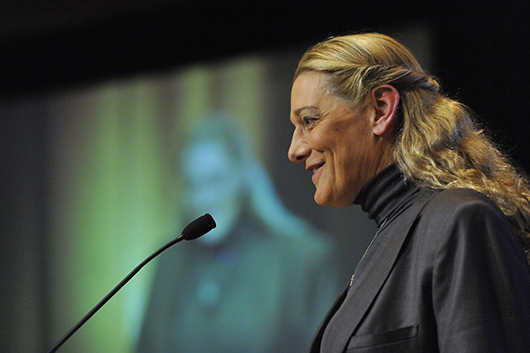 Growing up in Southern California, Martine Rothblatt ’77, M.B.A. ’81, J.D. ’81 was fascinated by books — often, biographies of extraordinary people who questioned authority, came up with breakthroughs and realized their dreams. Then she became one of those people.In 1990, Rothblatt launched Sirius Satellite Radio, changing the world of satellite communications. In 1996, she founded the biotech firm United Therapeutics in order to develop a cure for her youngest daughter Jenesis’ rare lung disease. The successful drug treatment that resulted was approved in 2013.Rothblatt, who underwent gender reassignment surgery in the early ’90s and has written books on transgender issues, is now working toward creating an inexhaustible supply of transplantable human organs.Click here to read the full article.