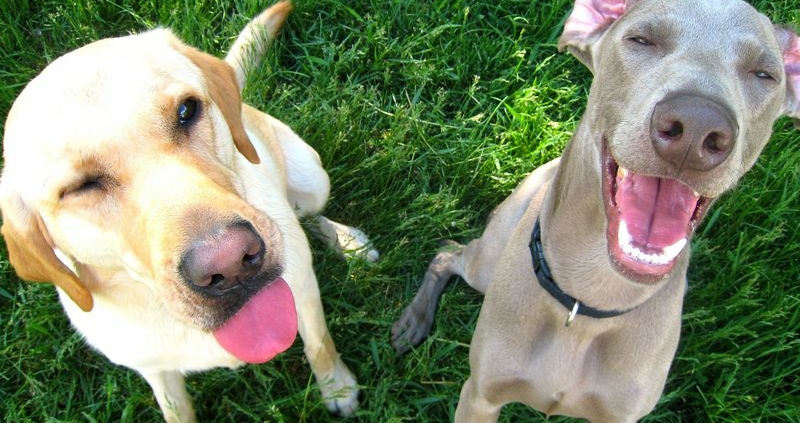 Professor Greg Bryant in the News! NPR: Dozens Of Animals Laugh Too, Study Shows
Heard on All Things Considered

A new study in the journal Bioacoustics found that 65 different species of animals have their own form of laughter. Study co-author Sasha Winkler describes the sounds animals make during play.

Switching gears here. Are you ready for a laugh? Me, too. And, you know, laughter is something we all do as human beings, no matter the culture, geographic boundaries or even personality. It’s true, we all laugh. But is laughter, uniquely human? It turns out, not really. Plenty of research has been done on this. And this week, a recent study out of UCLA caught our attention. Researchers there found 65 different animal species that laugh in their own ways, like this, for example.

MARTIN: That is a kea, a species of parrot native to New Zealand. And what we heard was its way of saying, relax, we’re only playing around.

SASHA WINKLER: The main reason why you need play signals is that this helps disambiguate, saying this is play versus I’m actually biting you in the neck.

MARTIN: Sasha Winkler is a graduate student at UCLA and an author of the study. She uses the term play vocalizations to describe the sounds many animals do while they have a little fun. And, yeah, these sounds may not always sound exactly like laughter to us humans.

WINKLER: Some of them are described as chuckles or panting. But then there’s also a lot of species that do play squeals or whines or clicks. So there’s a whole diversity of sounds.

MARTIN: Many of these are found in primates.

WINKLER: Chimpanzee laughter is a sound that acoustically is really similar to human laughter, although there are some differences. Like, they vocalize in both the in – breath in outbreath.

WINKLER: But as you can hear, it does sound really similar to human laughter. And if you can trace the acoustics out across all great apes, you can show that chimpanzees – the sound of their play vocalization is more similar to laughter – you might consider our vocalization than a gorilla’s play vocalizations is.

WINKLER: And that’s even closer than the orangutan.

MARTIN: It’s not just apes that, quote-unquote, “laugh.” There are birds, like the kea we heard earlier, as well as rats, which, get this – when they’re tickled, they giggle in ultrasonic squeaks.

MARTIN: Winkler says the research raises questions about the evolutionary uses of play and laughter by different species, which in turn could help us better understand why we humans laugh.

WINKLER: Even as far back as Darwin, Darwin noted that chimpanzees make a laughter-like sound. So the evolution of laughter, it didn’t just spontaneously arise out of nowhere in humans. There’s this long evolutionary history of vocalizing in play, which then our species evolution is like sort of built upon. I think we’re just beginning to give laughter a more serious scientific eye – if you can do that, it’s such a lighthearted topic – and sort of figure out what is so unique about this type of vocalization.

MARTIN: That was Sasha Winkler, a graduate student at UCLA and one of the authors of a recent study focusing on the sounds animals make when they play, and what those sounds have in common with human laughter, which was fun, right?