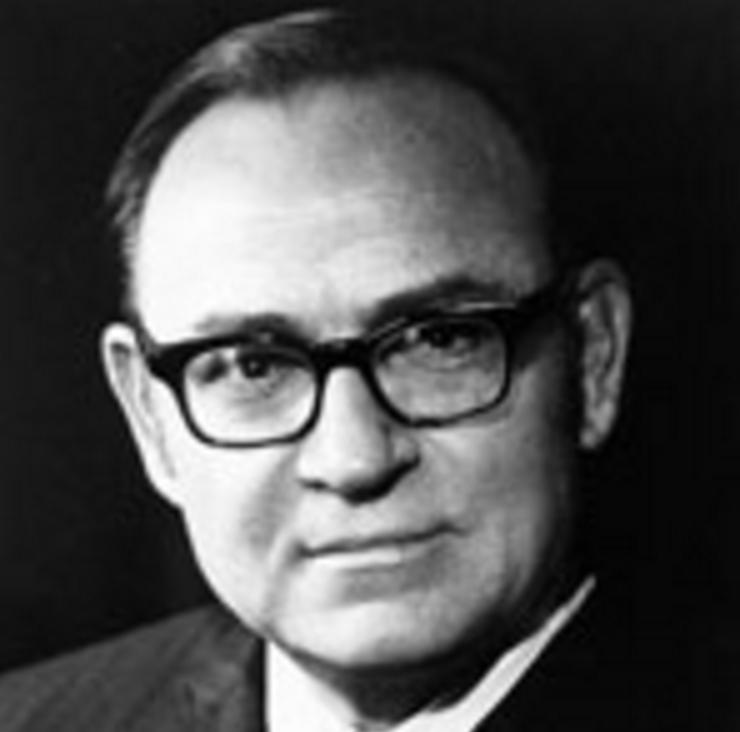 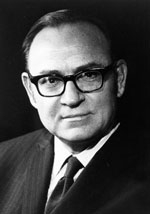 The UCLA Debate Union is incredibly proud to have Arjay Miller as one of its Distinguished Debate Alumni. Sadly, Arjay passed away on November 3rd at the age of 101.  He achieved more in one lifetime than many people would with fifty, and is an inspiration to all Bruins past and present.

Arjay Miller was born to Rawley John and Mary Gertrude Miller on March 4, 1916 in rural Shelby, Nebraska – his name was based on a combination of his father’s first and middle initial. While growing up on his parents’ farm, Arjay learned the value of hard work, and also developed a love for education. In 1932 Arjay graduated as Valedictorian of Shelby High School, and decided to move out West to gain a better education.

Before studying at UCLA, Miller obtained an Associate’s Degree in Economics from Long Beach Junior College. He then obtained a Bachelor’s Degree in Banking and Finance from UCLA in 1937 – he graduated with highest honors.

While at UCLA, Arjay was an active member of the Speech & Debate team. He successfully represented the university at a number of tournaments. In fact, Arjay and his partner, Averill Pasarow, won the first debate tournament he had ever competed in. Also, many years later Mr. Miller still fondly remembered winning the Western State Championships in Salt Lake City.

Arjay Miller felt that debate was the most beneficial activity in college. During a recent conversation with our current Director of Forensics, Professor Thomas Miller, Arjay said:

“Debate was the most valuable course in my college career, including my postgraduate courses. The main thing I got out of it was it teaches you to see both sides of a question. Debate serves you well in business, at home, and with your relatives You learn to listen to the other guy’s point of view and learn he might have something valuable to say or offer. You develop good listening skills. The other thing I got out of debate was it taught me to think before I spoke. It also teaches you to speak persuasively. Also, while you are listening to the other person speak, it builds a critical evaluation in you that applies to many of life’s situations. In short, it develops your critical thinking”

At UCLA Arjay also met a young lady who stole his heart, Frances Marion Fearing. After graduating UCLA in 1937, Arjay and Frances attended UC Berkeley graduate school together, where they both studied Economics. On August 18, 1940, the two were married, and would stay happily married for 70 years. 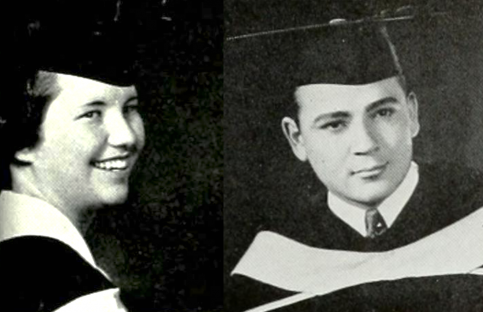 After marrying the love of his life, Arjay utilized his communication skills and advanced education to obtain a job at the Federal Reserve Bank of San Francisco, but soon after settling down, the newlyweds were forced to be apart after the Bombing of Pearl Harbor. During World War II, Frances utilized her advanced education to begin teaching economics at her alma mater, UCLA, but Arjay enlisted in the US Air Force to support the war effort in 1942.

Arjay’s intelligence and critical thinking abilities did not go unnoticed while he proudly served his country. He was chosen by Colonel Charles B. “Tex” Thornton to join a ten-man management science operation group known as “Statistical Control.” They helped to organize and coordinate the logistical information needed to fight World War II, and helped revolutionize logical and organizational sciences as a whole.

After the war, all members of Statistical Control went to work for Ford Motor Company, which was losing ten million dollars a month at the time. The group of veterans were initially called the “Quiz Kids” because of the innumerable questions they asked when first joining the company, but their expertise in financing and management resulted in their nickname being changed to the “Whiz Kids” to celebrate their successes. The management team turned Ford around completely, and by 1963 the company reported a net profit of $480.7 million.

Arjay Miller’s rise up the corporate ladder of Ford was fast. Within his first year he was named assistant treasurer, and in 1957 he was named Vice President. By 1962 he became a member of the board of directors. In 1963 he was made President and he served as President until 1968, when he was made the Vice Chairman.

In 1969, Mr. Miller left Ford to become the Dean of the Stanford Graduate School of Business. Under his guidance, GSB appointed its first women and ethnic minority faculty members, and increased its endowment from $6 million to $24 million. He also established Stanford Graduate School of Business’s first Public Management Program, which was designed to educate public and private sector managers in effectively catering to community needs.

As Dean, Arjay placed an unprecedented emphasis on ethics and values. He required all faculty members to participate in public service projects and emphasized that Stanford needs to give back to the community.

His excellent storytelling, dedication to his students, and expertise in his field have made him beloved by his students. One group of Stanford Business Students even started a beer-drinking club called the “Friends of Arjay Miller.” Another formed a Fifties-style rock band called “the Arjays.” 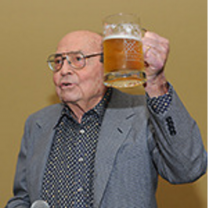 Arjay Miller retired in 1979, after decades of illustrious contributions to various facets of the American lifestyle. He and his late wife spent many happy years at their home in Woodside, where Arjay enjoyed the company of a growing family, including two children, Kenneth and Ann, and six great-grandchildren, at his home in Woodside.

The UCLA Debate Union is incredibly proud to honor Arjay Miller amongst the ranks of its alumni. His work ethic, critical thinking abilities, and ability to stay humble throughout his success make him the embodiment of the American Dream. He was a generous donor to our fledgling endowment drive which generations of students will be grateful for.  He is a role model for all debaters who have come after him.

Sadly, Arjay passed away at the age of 101 in 2017.  But our memories of him having lived a life that mattered will be with us forever.

His remarkable life was celebrated in tributes featured in the New York Times and Wall Street Journal.