Any list of distinguished UCLA Debate Union alumni would be remiss without mention of esteemed US ambassador, business executive, attorney, and activist, Frank E. Loy.

Ambassador Loy is an avid fighter for environmental protection, has served on the board of 9 corporations, on the board of over 15 non-profits, acted as Deputy Assistant Secretary of State for Economic Affairs, as Under Secretary for Global Affairs, and as Deputy U.S. Representative to the UN General Assembly. He honed his skills as an academic, communicator, and leader while a member of the UCLA Debate Union, where he was a George Oliver Jr. Memorial Award recipient in 1950.

Ambassador Loy was born on December 25, 1928 in Nuremburg, Germany. He completed his pre-collegiate education at various boarding schools in Germany, Switzerland, and Italy, and in public schools in Los Angeles, California. He chose to attend UCLA for his undergraduate education.

Ambassador Loy refined his skills as a leader and communicator while on the UCLA Debate Union. By his final year at UCLA, he was a strong debater, leader, and role-model. For that reason, he was awarded the George Oliver Jr. Memorial Award in 1950, which recognizes future leaders and awards excellence in the speech and debate.

Ambassador Frank E. Loy During his Final Year at UCLA

After he received his undergraduate degree from UCLA, Ambassador Loy went on to receive an L.L.B from Harvard Law School in 1953. Afterwards, Ambassador Loy served in the US Army for almost two years. Subsequently, he decided to utilize his legal education by working as a corporate attorney at the esteemed Los Angeles based law firm, O’Melveny & Myers. He worked at O’Melveny & Myers until 1961, when he began his life as a US Civil Servant.

In 1961, Ambassador Loy became Special Assistant to the Administrator of the U.S. Federal Aviation Agency (FAA), and Director of the Office of Policy Development for the U.S. FAA. He then went to work for the U.S. Agency for International Development (USAID) as a Special Advisor in 1963.

From 1965-1970, Ambassador Loy served as Deputy Assistant Secretary for Economic Affairs. In that position, he utilized the communication skills he learned at UCLA to broker a number of bilateral international air transport agreements and to represent the US at the International Maritime Organization and the International Civil Aviation Organization. Ambassador Loy was critical to the negotiations that resulted in the creation of the present INTELSAT structure, which organizes segments space that comprise international communications networks.

He then spent 1974-1978 as Partner, President, Chief Operating Officer (COO), and Director of the Pennsylvania Company. Under the Ambassador’s leadership, the Pennsylvania Company successfully brought The Penn Central Train Company out of bankruptcy. At the time, this was the largest industrial bankruptcy, and largest bankruptcy turnaround, in U.S. history. In 1979, he was appointed as President, COO, and Director of the publicly traded Penn Central Corporation, which emerged from the bankruptcy of The Penn Central Train Company.

After having already made a substantial impact on the world of aviation and international diplomacy, Ambassador Loy continued to fight to make the world a better place for all. In 1980, he became Director of the State Department’s Bureau of Population, Refugees, and Migration. In this position, he earned the personal rank of Ambassador, and after, from 1981-1995, he served as President and Trustee of the German Marshall Fund of the United States – a think-thank and grant-making institution that is dedicated to promoting cooperation and diplomacy between Europe and North America.

Ambassador Loy was able to demonstrate his continued interest in academic excellence when he served as a visiting lecturer at Yale Law School in 1996. There he taught a course on environmental law and policy.

From 1998-2001 Ambassador Loy was appointed Under Secretary for Global Affairs by President Bill Clinton. He fought strongly for the promotion of human rights, democracy, refugee protection, and for environmental issues. During this period he also served as the chief U.S. Negotiator for climate change. 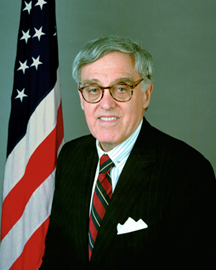 Ambassador Frank E. Loy When Serving as Under Secretary for Global Affairs

In 2011, Ambassador Loy served as Deputy U.S. Representative to the UN General Assembly. 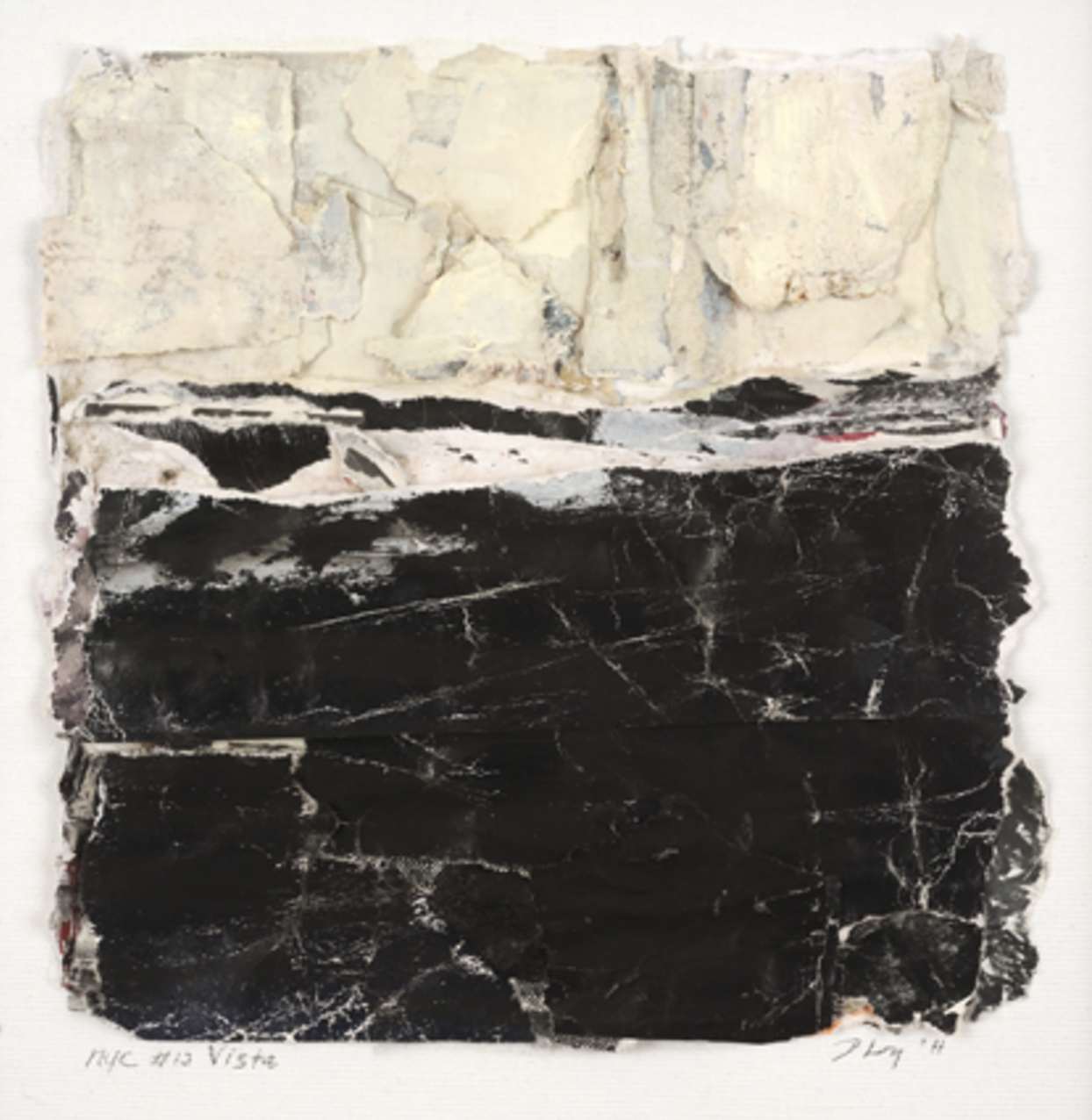 One of Ms. Dale Haven-Loy’s Pieces from the United States Mission for the United Nations

In addition to his incredibly successful professional career, the Ambassador is a proud husband, father, and grandfather. He is married to the artist Dale Haven-Loy, is the father of two children, and has four grand-children. Mrs. Loy is a contemporary artist, whose works have been featured at an exhibition at the United States Mission for the United Nations.

Ambassador Loy is one of America’s most noteworthy politicians and diplomats. He is a role-model for all and the true embodiment of a George Oliver Jr. Award Winner. Ambassador Loy has perfectly demonstrated how communications and leadership can be utilized to benefit society as a whole. He is a role model for all and we are happy to call him an alumnus of the UCLA Debate Union.