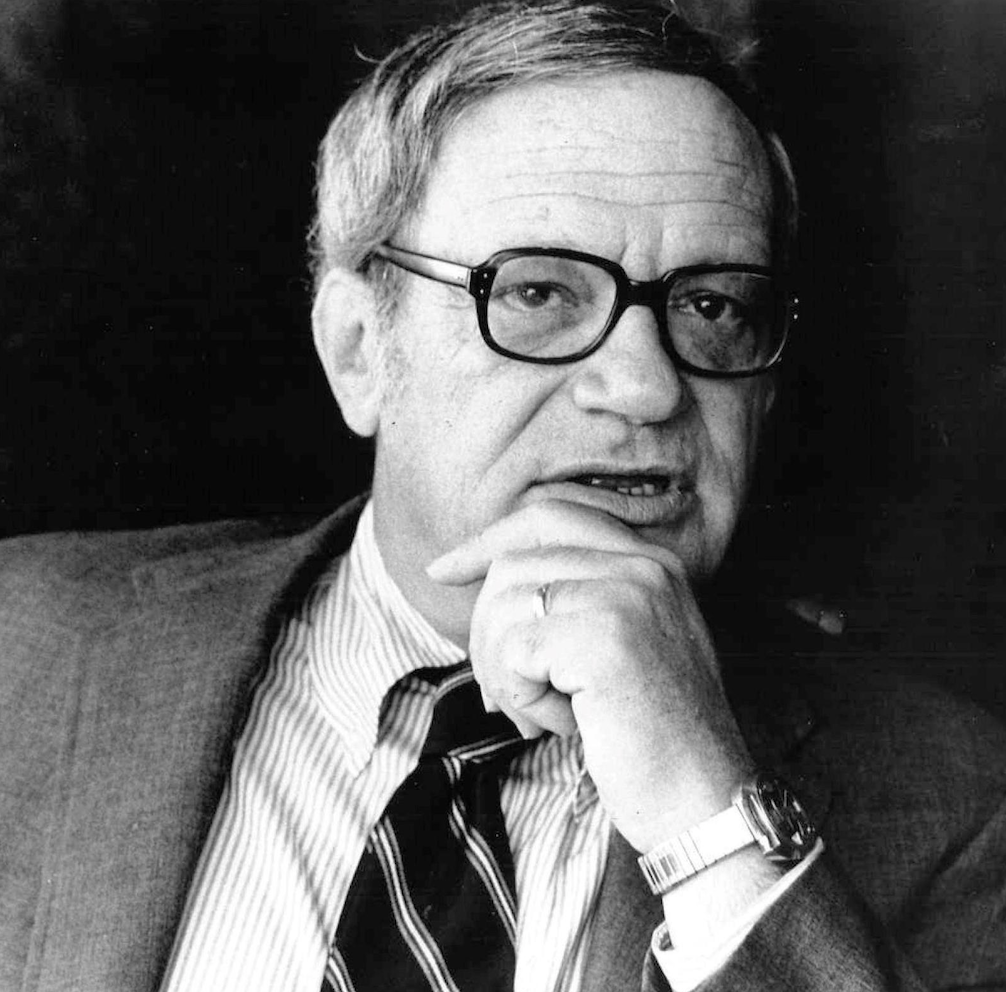 One of the most esteemed individuals to have been a member of the UCLA Debate Union is Frank Fabian Mankiewicz. Known more fondly by his peers and colleagues as “Frank the Mank,”  he attributed his long and successful career following his tenure on the UCLA Debate Union to his experiences on the team, and to the rhetorical and critical thinking skills he learned through speech and debate. A true leader in diverse professional fields ranging from business, to law, to journalism, to politics, Mankiewicz’s successes began at UCLA when he won the esteemed George Oliver Leadership Award in 1947 — being one of the first students to do so. That accomplishment, he said, was one of the most impactful moments during his time as a student at UCLA, and was the launching pad for a long and illustrious career and life.

Born on May 16, 1924, Mankiewicz grew up not far from campus. The son of screenwriter Herman J. Mankiewicz, Oscar-winning screenwriter of Citizen Kane, Frank served in the U.S. army infantry during World War II, fighting in the Battle of the Bulge. After serving bravely in the military, Mankiewicz came back to California to continue his education at UCLA, where he majored in political science. A prominent member of the UCLA Debate Union, Mankiewicz embodied the True Bruin Spirit and served in several leadership positions and offices on campus in addition to the Debate Union. He was leader of the Forensics Board at UCLA and the editor of the The Daily Bruin. Mankiewicz graduated from UCLA in 1947 and went on to earn a masters degree from the Columbia University Graduate School of Journalism and a Bachelors of Law from UC Berkeley. He then began a career in law, building a flourishing legal practice in Hollywood by the mid-1950s. Mankiewicz represented the likes of James Mason and Steve McQueen, but found the work to be unsatisfying. His dissatisfaction with entertainment law led Mankiewicz to Peru.

At the request of Secretary of Defense Robert McNamara, Mankiewicz halved his salary to become the Peace Corps director in Peru. After just three years in Peru, Mankiewicz was promoted to chief of all of Latin America for the Peace Corps. Through his work at the Peace Corps, Mankiewicz met Robert F. Kennedy, who asked Mankiewicz to be his press secretary, which took him to Kennedy’s 1968 run for the Democratic presidential nomination. Mankiewicz was there when Kennedy was assassinated in Los Angeles after winning the California Primary. As the late Senator’s press secretary, it was Mankiewicz who announced Kennedy’s death, a solemn and difficult moment for the established and respected political advisor, campaign manager, and friend. Mankiewicz often said that working with Kennedy brought him the “longest pleasure and happiness.”

Frank Mankiewicz was no doubt of Washington D.C. insider status. “I know everyone in Washington, and half of them owe me something. The other half I owe,” he told People magazine in 1982. After a prolific period of political advising with multiple candidates, Frank took over a faltering National Public Radio (NPR), and NPR never was the same again. During his six years at the helm of NPR, the news department doubled in faculty and listenership nearly tripled. “Morning Edition,” the popular news program that’s now a staple of many Americans’ mornings, was founded with Mankiewicz’s help. Mankiewicz also opened NPR’s first foreign bureau in London, and helped NPR achieve unprecedented access to important hearings for coverage. Mankiewicz extended NPR’s reach to 281 noncommercial stations, bringing federally funded radio network news and culture to millions of Americans.

After NPR, Mankiewicz finished his astounding career serving as vice president of Gray & Co. and later as vice chairman of Hill & Knowlton, top Washington public relations and lobbying firms for thirty years. Mankiewicz also established himself as a respected author, writing a Washington-based syndicated column with Tom Braden in 1968 and 1969, as well as penning four books: Perfectly Clear; Nixon from Whittier to Watergate (1973), With Fidel: A Portrait of Castro and Cuba (1975), U.S. v. Richard M. Nixon: The Final Crisis (1975), and Remote Control: Television and the Manipulation of American Life (1978).  His latest book, So As I Was Saying… My Somewhat Eventful Life, is a memoir, and is to be released posthumously in February 2016. “He will make you laugh, make you cry, and probably embarrass you. He wouldn’t have wanted it any other way,” wrote one reviewer of the book, calling Mankiewicz, “a man who was essentially 20th century America incarnate.”

Frank Mankiewicz died at the age of 90 on October 23, 2014 in Washington.  A truly inspirational Bruin who accomplished more in one lifetime than few others, Mankiewicz is survived by his wife Patricia O’Brien; his sons Joshua and Benjamin Mankiewicz; an older brother Donald Mankiewicz, a novelist and screenwriter; four stepdaughters; one granddaughter and eight step grandchildren.

The UCLA Debate Union is proud to call Frank Mankiewicz a Distinguished Debate Alumnus. He is a testament to UCLA’s long legacy of excellence in speech and debate, and an inspiration for generations of debaters to this day.