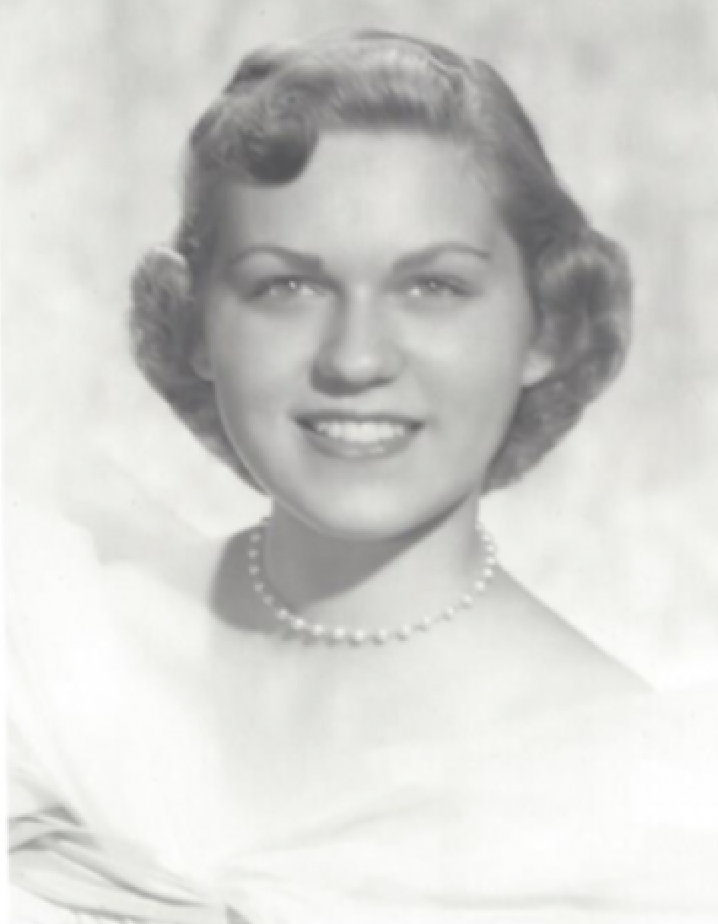 UCLA is very proud of Kathryn Gage Call, the winner of the George Oliver Award in 1956, who used her considerable forensic training throughout her life to achieve many great things. An engaging and powerful public speaker and debater, Kathryn Gage Call embodies the qualities that the UCLA forensics program instills in its students.

Kathryn Gage Call was born in Tulsa, Oklahoma, to a family that revered education. Both parents were educators, and her father’s teaching position at Columbia University brought the family to New York before they permanently settled in California. Kathy excelled as a student and was elected first female student body president at Marshall High School. She was also a gifted musician, and played the piano from an early age, picking up the flute and violin in junior high school. She went on to study for two years at Pasadena City College, where she won the National Debate Championship her second year. Kathy attended the Sorbonne in Paris for a summer before attending UCLA.

After transferring to UCLA she won two subsequent National Debate Championships with her partner Lillian Tomich on behalf of UCLA in 1955 and 1956.  Beyond being the first victory for UCLA in the National Championship, it was also the first time any women had won the prestigious award.

Her dedication to the student body was readily apparent, as she also served on the Student Judicial Board.

At UCLA she majored in French with a minor in Political Science, and studied with Professor H. Arthur Steiner, an intrepid professor in political science and international affairs.  His specialty was in the regions of China and India, which sparked Kathy’s interest in foreign affairs.

Gage had always been drawn to the Chinese country and its people, and after forming a friendship with Professor Steiner, she knew she would later work to bring awareness and assistance to the region: “I fell in love with China when I was a political science undergrad and grad student at UCLA,” Kathy remembers: “I even wrote a draft doctoral dissertation on China before my life took another turn. By that time, I had a very clear sense that someday I would have ministry in China. Little did I realize how long it would be before this ‘call’ would materialize. Still, my China-direction remained unwavering.”

After graduating Phi Beta Kappa from UCLA at age 19, Kathy Gage accepted a Teaching Assistant role in UCLA’s Department of Education for a year, while taking additional courses.

In 1956, she married Merlin W. Call, a young corporate attorney in practice in Los Angeles. Their first child, Christopher Douglas was born in January 1958, and their daughter, Lori Lynne, arrived the end of 1959.

During Kathy’s marriage, she returned to her love of music, further developing her expertise in piano, the first of many instruments she taught herself to play as a child. She played for Sunday school classes and church services at Lake Avenue Congregational Church, her children’s choirs at school and church, and for numerous programs around Pasadena, and became a highly competent classical pianist.

In the late 1970’s, Kathy returned to Pasadena City College to take classes in music theory and composition to further her craft.  She composed and arranged music, publishing several pieces, including a book called “A Piano Christmas Present,” unique arrangements of Christmas carols for piano along with narration of the Christmas story. Kathy also served on the Board of Trustees of Whitworth College, where Chris and Lori attended.

Kathy also took several courses at Fuller Theological Seminary in the late 70’s, delving deeply and discovering a passion for theology. She trained at the Russ Reid Company writing fund raising appeals for a number of well known Christian nonprofit organizations. About that time, she moved to La Canada and became a member at La Canada Presbyterian Church.

Among the clients for whom Kathy wrote fund raising packages was African Enterprise, a ministry of evangelism and relief in East and South Africa. Within a few years, she became its Executive Director, raising money to fund evangelistic meetings, Christian leadership training, immunizations, windmills, and ministries to widows, orphans and refugees. Serving in that role for many years, she made many trips to Uganda, Kenya, Tanzania, Rwanda and South Africa. Toward the end of her tenure with African Enterprise, Bishop Festo Kivengere of Uganda introduced Kathy to Bishop Ting of China.

Kathy had developed an interest in China as a small child, but her love of China had really ignited by courses she took at UCLA in the 1950’s. She was confident that, someday, she would be involved in ministry in China, but didn’t know how.

Later, she founded China Connection, a U.S.-based organization devoted to fund raising for the work of China’s Amity Foundation, a faith-based initiative started by Bishop Ting to help develop the poorer areas of China. Through her work with China Connection and Bishop Ting, Kathy travelled often to China to gather information on the needs in largely rural areas.

Among other projects, she raised money to distribute Bibles printed in Mandarin and several ethnic minority languages by the Amity Printing Company throughout China. She also raised money that funded construction or rebuilding of two dozen churches, at least 30 water wells in poor villages, two mobile surgical clinics (operating rooms on wheels) for remote areas, and numerous ministries to orphans, lepers, children and other disadvantaged groups.

Kathy retained fond memories of her experiences with renovating a leprosy colony: “We even built a small road so that the staff could get to the main road and buy essential food during the wet season. But the road’s surprise was this: We returned to find the patients racing wheelchairs with each other on the new concrete road, as they squealed in delight like little kids!”

She was also invited to preach in some of China’s largest churches; two books of her sermons, delivered in churches in China, were published in Mandarin and English by China Christian Council. Kathy used her formidable speaking and debating skills gained through years of forensics training to speak to massive crowds:

“The crowd seems to stretch on and on,” Kathy remembered from one church: “We can see the huge sanctuary and balcony before us. What we can’t see is the vast crowd in the basement. How enormous! At the sight of such a multitude, I’m a bit surprised that I feel no hint of fear. After all, what’s scary about preaching to one- or two-thousand more people than I’m already used to? I can feel the entire crowd solidly with me to the very end. I can see how touched they are. After the service, my Amity colleague comments to a mutual friend: “I will never forget that sermon!” Just as my translator guessed, this is indeed a huge crowd of worshipers – all 6,000 of them!”

After retiring, Kathy finished writing Great Questions God Asks, which was released in 2017. She now lives in a memory care residence in the San Gabriel Valley.

Kathryn Call used her forensics skills to make the world a better place.  She has lived a life that matters.