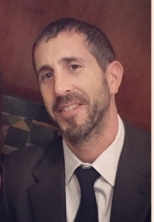 This research approach is represented by a 2012 article in Stanford Law & Policy Review that addresses the intersection between law and science as they relate to the regulation of pornography under First Amendment obscenity doctrine (Mark Huppin & Neil Malamuth, The Obscenity Conundrum, Contingent Harms, and Constitutional Consistency, 23(1) Stan. Law & Pol. Rev., pp. 31-100). As an initial matter, the article examines obscenity doctrine’s proffered reasons for being, which include the belief that obscene works by definition should lack the wherewithal to achieve any significant measure of First Amendment value (meaning that obscenity shouldn’t [1] advance knowledge and “truth” in the marketplace of ideas, [2] facilitate representative democracy, or [3] promote individual autonomy, self-expression, and self-fulfillment).

After considering arguments on both sides of this, the article notes that rationales for legal regulation based on notions of offensiveness have reached a point in American society where they’ve become increasingly limited and less certain of their credibility, resulting in decreasing potency to those who would justify their continuation (see gay marriage). Moreover, whereas we tend to steep justifications for suppressing obscenity in the diminishing returns of offensiveness appeals, when we mean to suppress other kinds of speech (e.g., false statements of fact, defamation, fighting words, speech integral to criminal conduct), it’s generally been for reasons of fraud or harm to third parties. Ultimately, a harm-based approach to regulation is suggested for obscenity as well, having the favor of providing for an intellectually consistent connection with the balance of First Amendment jurisprudence (a bit like someone settling finally on the right patch of grass after much outward trouble finding a comfortable spot). On this view, regulation would be warranted only in those instances, if any, supported by the research record. As in an “expected value” of risk calculation in statistics, assessment of risk would be modeled as the product of its probability of occurrence times the estimated degree of harm.

The article then presents the sum of evidence indicative of real-world harms flowing from pornography. It suggests that the scientific evidence relevant to the regulation of pornography generally speaking is unlikely to support widespread effects upon all or most adults, and that demonstrably harmful effects, to the extent that they have been shown, vary by type of pornography (e.g., violent vs. non-violent pornography) and type of individual (e.g., some identifiable types of individuals will be more susceptible to negative effects than others). Based on its greater association with subsequent harm than for other types of pornography, the article singles out extremely violent pornography for special consideration and as a possible borderline candidate for continuing regulation. Conversely, for most other pornography types, imposing legal sanctions would be more difficult to justify given a lack of demonstrable evidence of harm (although all manner of informal social sanctions still would remain to help recommend and influence appropriate lines for behavior). As examples of the potential feasibility of adopting a “harm based” regulatory scheme, the article describes three other democracies where changes in pornography laws similar to those it proposes have been adopted in recent history.

Other published works include various journal articles, book chapters, and law review articles as well as a co-authored book on sexual rights in the United States published by NYU Press.