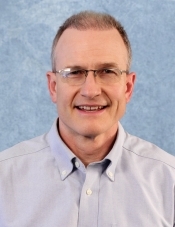 I have been a lecturer in the Department of Communication Studies since 1995. I received my B.A. from The Ohio State University and my Ph.D. in Sociology from UCLA. Prior to working for our department, I lectured at various locations and universities throughout Asia, and was the Project Coordinator for UCLA’s Television Violence Monitoring Project and Research Director for UCLA’s Center for Communication Policy. Since 2004, I have also served as Research Director of the USC Annenberg Center for the Digital Future.I have authored and edited numerous publications related to the impact of computers and the Internet on society. I have also published work on television violence, religion and the media, and advocacy groups and the media.

Co-author with Robert Lunn, “A Longitudinal Examination of Internet Diffusion, Adopter Categories, and Ramifications of Internet Usage on the Importance of Newspapers,”

Co-author with Robert Lunn, “Exposure to the Internet,” International Encyclopedia of Communication, 2008

Co-author, with Robert Lunn, “Experience and Trust in Online Shopping” in The Internet in Everyday Life (Oxford, UK: Blackwell Publishers), 2002

Co-author, with Jean-Francois Coget and Yutaka Yamauchi, “How Does the Internet Affect People’s Social Network and Loneliness?”  IT and Society, Issue 1, 2002