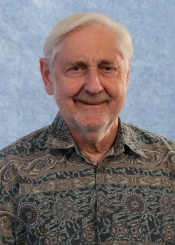 My research interests center on art and culture, with special focus on how visual art, film, and literature communicate social and political ideas. My recent work has centered on African American cultural expression and I have recently finished a short biography of Paul Robeson and have begun a history of the civil rights movement. My scholarship for the past forty years has focused on art and culture and its capacity to communicate critical ideas about history, society, and politics.  Although trained originally in law at the University of California at Berkeley (J.D. 1967), I have spent my academic career at the University of California (11 years at UC Berkeley and 33 years at UCLA) researching specifically how the visual arts have been an effective medium of social criticism. I have published four books and more than 75 articles, essays, book chapters, and reviews on this general topic.  My first book, The Art of Social Conscience, concentrated primarily on the European and Mexican traditions of social and political commentary in art. My next book, The Critical Vision, examined the American tradition of social and political commentary in painting, sculpture, prints, and photography. In the 1990s, I shifted my focus to contemporary art, publishing a book on Southern California feminist art (Other Visions, Other Voices and in the new century, African American Art (Resistance, Dignity, and Pride). I have additionally published articles in education, law, politics, and culture and in recent years have focused extensively on African American cultural expression. My book on Paul Robeson (Paul Robeson For Beginners) will be out in November 2013). I have recently contracted to write and publish a short history of the civil rights movement. I have also served as a curator for several art exhibitions, most recently  in the Getty Institute Pacific Standard Time Initiative at the California African American Museum (“Places Of Validation: Los Angeles African American Art 1945-1980”).

Throughout my career, my chief professional focus has been on my teaching and I have received several teaching awards.  Among them have been the Distinguished Teaching Award at UC Berkeley (1974), UCLA (1986), and the Eugen Weber UCLA Honors Collegium Teaching Award (2008).  I continue to divide my instructional efforts in Communication Studies, African American Studies, and Honors.

A Life at the Margins: Keeping the Political Vision, The New World African Press, 2011

Foundations of Freedom, Constitutional Rights Foundation, 1991 (with John Rhodehamel and Stephen Rohde; textbook on U.S. history with a focus on the development and meaning of the Bill of Rights)

Stillborn Education: A Critique of the American Research University, University Press of America, 1986  (Chapter 6, “Student Complicity in Educational Mediocrity,” reprinted in Beyond the Conventions: Studies in Prose Writing, Jeanne Gunner, Harper and Row, 1989)

My new book, Paul Robeson for Beginners, will be out November 2013.