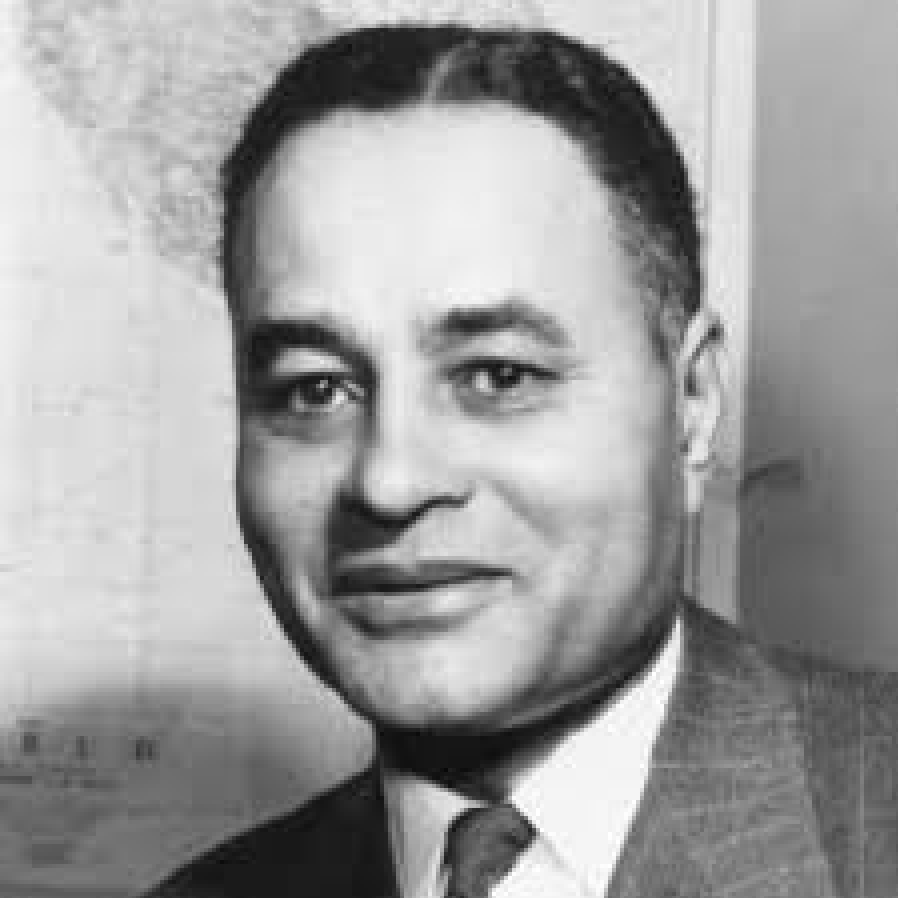 Ralph Bunche at the Dedication of Bunche Hall in 1969

Every Tuesday and Thursday at 6pm the UCLA Debate Union gathers in Bunche Hall for their weekly practices. There could not be a better namesake for the hall that allows young debaters to grow and thrive. Dr. Ralph Bunche, a former UCLA debater, is an inspiration for all debaters. Bunche demonstrated that no hardship is insurmountable and that with hard work and meaningful discourse, actual solutions can be found to very difficult problems. Dr. Bunche’s accomplishments transcend even the enormity of the towering building that bares his name.  A crusader for civil rights and a proponent of peace he dedicated his life to public service and the cultivation of young minds.

Beginning a pattern of academic success early, Dr. Bunche was noted as a brilliant debater and student during his time at Jefferson High School in Los Angeles, California.  After graduating valedictorian, he continued his impressive academic career at UCLA. As an African American, Bunche faced constant pushback from both the community and his fellow students. Most people ignorantly believed that he was not good enough for UCLA – that he had only ever succeeded because he was at a “black high school.” They were very wrong. While attending UCLA, Bunche not only maintained stellar grades, continued to debate with the UCLA Debate Union. Even when other universities attempted to ban Mr. Bunche from debating at tournaments, Ralph Bunche was allowed to compete to the World Peace Oratory Conference with the help of the progressive debate coach and administration. Bunche shattered all preconceived notions by placing first at this tournament. He even went on to graduate summa cum laude from UCLA in 1927 and eventually earned his doctorate in political science from Harvard University.  In doing so, he became the first African American to earn a doctorate from any American University. Dr. Bunche’s accomplishments did not end with his impressive academic resume though; he went on to use his acquired skills to make a lasting impact in the world. 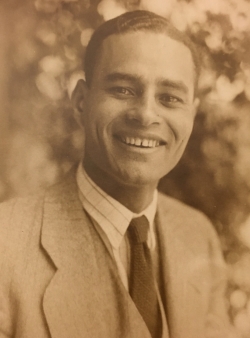 Dr. Bunche started his career in teaching at Howard University.  There he continued to shape the minds of young scholars within the political science department until 1950.

Dr. Bunche was also an active supporter of civil rights, a vocal proponent of the Voting Rights Act, and an idol for all those standing up to the systemic oppression of the under-represented.  His most notable work, however, came with his involvement on the international level, not just in the United States. He demonstrated his passion for ensuring basic human rights for all members of this Earth when he, along with Eleanor Roosevelt, served as two of the United State’s delegates when drafting UN’s Universal Declaration of Human Rights.

If this critical accomplishment is not impressive enough, Dr. Bunche was also instrumental in the negotiation of Arab-Israeli peace starting in 1947. He was able to help broker of the 1949 Armistice agreement between Israel and the neighboring Arab nations. This momentous accomplishment was so lauded that he became the first African American to win a Nobel Peace Prize in 1950, and was also awarded the Medal of Freedom by John F. Kennedy in 1963. As a testament to Bunche’s overwhelming humility, he initially refused the Nobel Peace Prize – he felt the honor belonged not to an individual, but to the United Nations as a whole. 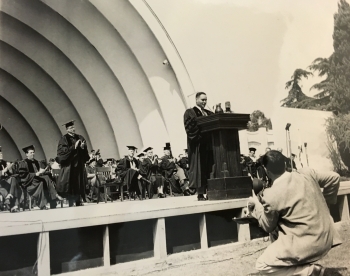 Ralph Bunche left behind an insurmountable legacy. He faced oppression and bigotry head on and remained un-jaded. Dr. Bunche realized the importance of respect and meaningful discourse when trying to make drastic but necessary changes. His work will never be forgotten and serves as an inspiration to all Bruins. The UCLA Debate Union is proud to count him among the ranks of our distinguished alumni.